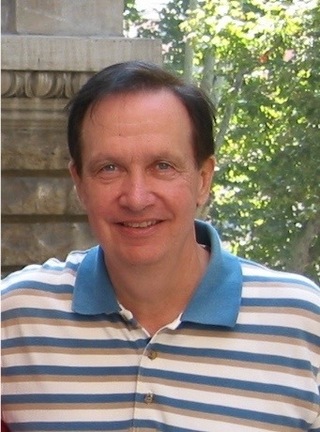 James Mikel Wilson, 2018 winner of the Author Academy Award in historical fiction, writes about slices of American life in an unconventional style that readers find engaging. His range of genres include historical fiction, presidential history, political parody, children, and pet adoption, travel and adventure. He can also be found on Instagram @jamesmikelwilson

NEW The author is pleased to announce that  Ghosts of Presidents Past-A Reckoning was published published by Gatekeeper Press October 12, 2020. Ghosts is a political parody in the fashion of Charles Dickens' Christmas Carol and a work of historical fiction. Twenth-three past presidents visit President Daniel Hands, the incumbent, who resembles the real president. Each brings a warning, shares a relevant success, and expresses a regret. The ending is loaded with suprises. And, the reader may discover unusual moments in presidential history. Ghosts is Wilson's fourth book. For more details see the press release in the Blog section. On October 22, 2020, the same day as the last presidential election, Newsweek published an in depth article and interview with the author.

Wilson was honored to be one of the featured authors at the December 2019 Signatures John Cooper School Author Series. Signatures has been bringing notable authors to The Woodlands and greater Houston community for 15 years, beginning with First Lady Barbara Bush and others like Anthony Bourdain, John Grogan, Kevin Kwan, and Mari Semple.

At the National Churchill Museum's 50th Anniversary celebration on the Westminster College campus in 2019, Wilson was one of two featured American authors. He signed books with British author Andrew Roberts who, according to The New York Times, has written the best one-volume biography of Winston Churchill. Wilson was also a featured author at the 2018 Man for All Seasons Exhibition of Winston Churchill paintings at the Society of the Four Arts, Palm Beach, FL.

The author published his first book Paw Tracks Here and Abroad: A Dog’s Tale in late 2014. He was honored that the American Society for Prevention of Cruelty to Animals (ASPCA) and the Peoria Journal Star both published articles about the book.

Three years in the research and crafting, his second book Churchill and Roosevelt: The Big Sleepover at the White House was released in late 2015 and won the Author Academy Award in historical fiction. The Big Sleepover has been converted to a stage play by a well known London playwright. The producers plan to Premiere in England next year or early the following one.

In late 2018 he released Mr. Froggy's Dilemma, which for several months was Amazon Books #1 out of 29 Hot New Releases in its genre.

Wilson's appreciation for geography, nature, history, humor, and adventure are incorporated into his works which have received numerous 5 Star reviews on Amazon Books. He particularly enjoys writng about history and subscribes to William Shakespeare's quote "What is past is prologue!"

He maintains on this site blogs about Cuba, Alaska, the Revolutionary War, sculptor Lawrence Holofocener, Dueling Fry Pans, History Stands Beside You, and Ruminating Over A New Year's Diet Regimen. Watch for others.

The author frequently speaks to groups about The Big Sleepover At The White House's storyline and historical significance. He has presented to numerous organizations and colleges, including the Pearl Fincher MFA. Although he doesn't charge a fee, he invites donations to the Fallen Warriors Memorial, The National Churchill Museum, and the American Society for Prevention of Cruelty to Animals.

Wilson has a BA from Monmouth College and a MBA from the University of Missouri. He is the Son of the American Revolution. Members of his family served the nation during the Revolutionary War, Civil War, World War I, World War II, Korean War, Berlin Crises, Viet Nam, and the Gulf War. Wilson fought with the 101st Airborne Division in Vietnam. He worked for forty-two years as a sales and marketing executive for Caterpillar Inc. and related companies. His responsibilities covered North and South America, Europe, Africa, and the Middle East. He now consults to the industry. In his spare time, he volunteers for Sleep in Heavenly Peace. SHP builds and donates bunk beds to children who don't have a bed to lay their heads.

Wilson was born in Davenport, Iowa. His love for writing was inherited from a journalist father who insisted that his city kid work every summer as a youth on his uncle's farm to appreciate rural America, the earth's bounty, and how our nation was fed.

Wilson resides in Houston, Texas. He has been happily married to his lovely wife and inspiration for over fifty years. He has a son, daughter-in-law and two grandchildren living in Manhattan. Portions of his grandchildren's first names were merged to create Corabella Press, the name under which the Paw Tracks was published in 2014.